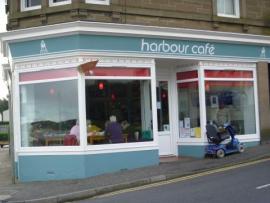 In putting together a campaigning and lobbying strategy, you should agree the core messages that you want to convey. Clarity is essential to make sure that everyone sings from the same hymn sheet. Mixed messages will confuse decision-makers and undermine confidence in your organisation.

Prioritise your messages. Be ruthless, you should be able to get them down on one side of A4. Think about the people you are trying to convince to support the development, usually councillors and council officers. Which messages will be most persuasive to these people?

These key decision-makers will be looking for three essential features in each development:

Where the development is an asset transfer the Council has a cost-benefit analysis to consider. If the asset is transferred at less-than-market value then public benefit must outweigh the lost capital revenue (which could potentially be re-invested in other council services). This is a political as well as an economic decision given the non-financial nature of some benefits

Be aware that political representatives and council officers are likely to have different interests and views on a given development. Councillors are generally likely to back a project that has high levels of public support, but council officers will raise concerns if they feel the asset is being undervalued. Even developments with support from elected officials will struggle if council officers are opposed. These people present the options from which the final decision is made, making some choices appear more appealing than others.

Get a handle on the political dynamics. This will be different in each case. Things to look for are party political and geographic divides. Do not allow the project to become a political football but do not be naïve about the political implications. Try to identify champions among both officers and elected officials. This will give you an inside track on the political situation and the best ways to influence it.

Campaigning and lobbying represent two sides of the same coin. Campaigning is the ‘outside’ game, putting public pressure on decision-makers. Lobbying is the ‘inside’ game, negotiating and persuading through private meetings. You need to make sure that the inside and outside games work to form a coherent strategy.

A typical outside campaigning activity is to get supporters of the development to email / write to a key decision-maker encouraging them to back the scheme. This should be timed and phrased to aid the inside lobbying game. Negotiations may have highlighted a key stumbling block. The letters should focus in this instance on alleviating these concerns. They must be timed for maximum impact, such as before a key meeting. Campaigning and lobbying work best when they are coordinated.

In the initial stages focus on fact-finding the inside while building up your grassroots network. Successful lobbying is about building up relationships. Be persistent and assertive but avoid aggression or arrogance. Make sure your passion is channeled positively. Make sure you have a network of supporters in place able to implement your strategy. This will enable quicker and more unified action when needed. One example of a way to do this is through a community share issue. This demonstrates a level of seriousness to decision-makers and encourages a sense of ownership among supporters of the project.

As the lobbying develops it will become clearer what the stumbling blocks are and which people need convincing. Be flexible in your approach and adjust your plans to suit the circumstances. If you want to put pressure on the council think creatively about how to attract media interest in the issue. Traditional methods like petitions, letter writing and demonstrating are good places to start. Recruiting journalists, prominent business people and celebrities to your cause could also help.

Avoid self-indulgence. Campaigning is not about venting anger or feeling self-satisfied. The aim is to persuade others to support the project. Focus on what they are interested in not what you are interested in. Be aware of their agenda and see where that collides with yours. Home in on areas of common interest.

It may be necessary to compromise on certain parts of the project. Protect the essential elements of your vision but do not be dogmatic.