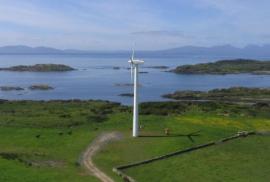 (a) the company must have not fewer than 20 members; and

(b) on the winding up of the company and after satisfaction of its liabilities, its property (including any land, and any rights in relation to land, acquired by it as a result of an asset transfer request under this Part) passes—

(i) to another community transfer body,

(ii) to a charity

(iv) to such crofting community body (within the meaning of section 71 of that Act) as may be so approved, or

Download Model Documents suitable for Asset Transfer from the bottom of this page on the Scottish Government website.

The detail of the Act in full.  This should be used to relate the Asset Transfer Guidance Notes from the Scottish Government to the specific sections referred to within the Act.