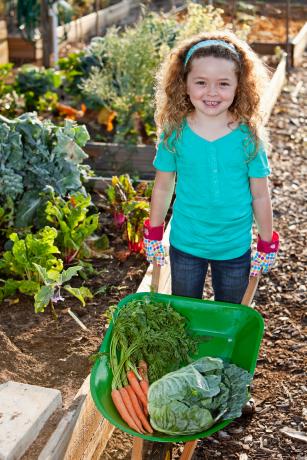 The Community Ownership Support Service (COSS) has been funded by the Scottish Government to support community based groups in Scotland take a stake in or ownership of previously publicly owned land or buildings.

This adviser based service is being delivered Scotland wide and aims to provide individual community groups and public bodies with a bespoke support service. It is likely that our support will include a combination of -

Communities will also be able to link into the Development Trusts Association Scotland’s wider network to explore the wide range of business models being adopted by other communities throughout Scotland and across the UK.

Programme Manager
Edinburgh, Argyll & Bute.
linda [at] dtascot.org.uk
Phone number: 07579 008467
Following an early career in the private sector during which she was responsible for multiple retail sites in areas across the UK, latterly managing large scale visitor centres, Linda moved into local economic development.   Initially as business adviser to a portfolio of high growth companies before moving on to manage a range of business and social enterprise programmes.
Over the years Linda has worked with 100s of community led organisations and social enterprises and has seen at first hand the positive benefits ownership of assets can bring to communities; improving the sustainability of their organisations, protecting and developing services and creating jobs.  Within her current role at COSS she has a particular interest in exploring the underlying enterprise models and innovative options for sustaining community assets into the future.

Advisor.
Northern Scotland, Orkney Islands, Shetland Islands.
rory [at] dtascot.org.uk
Phone Number: 07825 250950
Combining his role as north area Development Officer for DTA Scotland with delivering the COSS service, Rory provides the COSS service to development trusts in northern Scotland, as well as to wider groups and public bodies in Orkney and Shetland.
With three decades behind him working for both the public and voluntary sectors in rural development and small business/ community group support, Rory has particular expertise on community led development, group governance/ structures and social enterprise.
Rory was director of the Scottish Crofting Federation for several years, and has been involved on a voluntary basis with the community association that runs his local community centre.

Advisor
Highlands, Aberdeenshire, Aberdeen City, Moray and Comhairle nan Eilean Siar
felix [at] dtascot.org.uk
Phone Number: 07539 743392 (Usual working days Monday, Wednesday and Friday)
Felix joined DTAS after working in the public sector, where he ran a programme of innovation and entrepreneurship support for businesses and social enterprises. Prior to that he has over 15 years experience working across the voluntary sector in Policy Officer, Development Officer and Information Officer roles. He has also volunteered on boards for a number of social enterprises and has been an Advisor in a Citizens Advice Bureau.
In these roles Felix has developed skills in areas such as programme and project management, setting-up and running voluntary organisations, governance and business planning. He enjoys working with people and helping them to deliver successful projects.  When not at work, he can often be found wandering around the Highlands with a camera.

Felix is based in Forres and covers

for the COSS project.

Nicky comes to the COSS team having worked for 12 years for a Rural Partnership in Aberdeenshire supporting all aspects of community economic, environmental and social development. She has enjoyed supporting  groups developing ideas into successfully running project, making a difference in their communities. Her particular interests include community consultation, researching funding information, facilitation, training and governance. Nicky works on all aspects of Asset Transfer based in

Nicky has been involved as a volunteer in different organisations over many years. She has completed training in facilitation, developing training courses and community consultations methods and very much enjoys using this training in her work.

Lynn is a COSS Advisor working part-time in our Edinburgh office, supporting the development of community assets largely, but not exclusively, in

Lynn is passionate about people and places and being a Director of a community anchor organisation where she lives, she has learnt first-hand the positive power of ‘folk working together with a common purpose that benefits many’.

Lynn has worked for 15 years in the voluntary sector for a range of charities and has particular expertise in enterprise development, community participation, skills development, outcomes evaluation and action research, as well as a strong interest in renewable energy.  She has experience in community shares and co-operative models and sits on the board of three local organisations covering youth work and community energy.

David has taken over the role of Drew MacEoghainn on a, part time basis. In his other roles David works with Midlothian Voluntary Action supporting the third sector with governance and funding issues and a consultant with his own firm where his clients include the Scottish Government and Highlands and Islands Enterprise amongst others. He is also on the Board of SCOREscotland which works with black and ethnic minority groups in South West Edinburgh.

His previous experience includes support for social enterprise including spells with Fife Employment Access Trust, Social Enterprise Midlothian and the WHALE Arts Centre in Wester Hailes. During his time at WHALE, David established a business incubator unity for new start creative businesses and founded a network of crafters.

As an adviser for COSS, David provides support in

Legal Advisor
Based in Edinburgh office
elspeth [at] dtascot.org.uk

Elspeth is the legal adviser for COSS, and provides legal assistance and advice to community groups seeking the transfer land and buildings into community ownership or management. She has many years of experience as a solicitor, working mainly in property. With her background of working in the private sector Elspeth brings a different perspective to the challenges faced by community bodies.  Elspeth also facilitates the Scottish University Land Unit (SULU); a collaboration between COSS and Aberdeen, Dundee and Glasgow Universities that gives students with an interest in land reform the opportunity, in conjunction with COSS, to provide practical support to community groups looking to exercise these rights.

Callum holds a Master of Public Policy and a BA Political Science. His Master's thesis examined collaborative land governance in Scottish rural sustainability projects. Whilst writing his thesis, Callum was part of the Langholm Moor Community Buy-Out's project working group. He has further research experience with Citizens Advice and an MP.

Callum assists COSS in the development of research projects and in the analysis, reporting, and maintenance of internal data. He also assists in the organisation of COSS events and administration and communication via the COSS website and social media.