What is Asset Transfer? 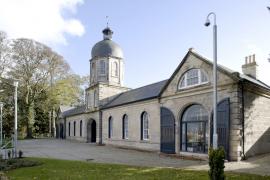 Asset transfer is a process to allow a community organisation to take over publicly owned land or buildings, in a way that recognises the public benefits that the community use will bring.  This may be at a discounted price, with a grant or other support, or simply the agreement to transfer something the public authority did not plan to sell.

Over the past several years legislation and national policy in Scotland has developed to encourage and support the ownership of assets by communities.

The Land Reform (Scotland) Act 2003 gave communities the right to buy land and buildings in certain circumstances and represented a fundamental change in the legal and policy context surrounding ownership and land management, giving the potential for greater powers to be transferred to communities.

Then in 2008 a joint COSLA/Scottish Government statement of commitment to Community Empowerment set both national and local government on a longer term path to make sure that more communities become more empowered across the country.

This commitment resulted in 2009 in the publication of the Community Empowerment Action Plan - a joint Scottish Government/COSLA policy document. In the Plan, Community Empowerment is defined as “a process where people work together to make change happen in their communities by having more power and influence over what matters to them”. This Action Plan makes clear that community ownership is one aspect of community empowerment, identifying it as one of eight actions that will help to build capacity to deliver empowerment.

It recognises that in the right circumstances the acquisition of physical assets - a building or land - can make a major contribution to developing independent, strong and resilient communities.

Following the publication of this Plan the Scottish Government funded the Development Trusts Association Scotland to deliver the Promoting Asset Transfer Programme, focusing on the transfer of assets from local authorities to communities at less than market value. The aim was to raise awareness about the benefits and risks associated with asset transfer, effect cultural change in local authority and improve practice.

The powers to transfer assets at less than market value were established in The Local Government in Scotland Act 2003, which amended section 74 of the Local Government (Scotland) Act 1973, and set out that the Scottish Ministers may, by regulations, provide the circumstances in which local authorities can dispose of land at less than the best consideration that can be reasonably obtained. Then in 2010 Scottish Ministers issued the Disposal of Land by Local Authorities (Scotland) Regulations which give discretionary powers to local authorities to dispose of land (and assets) to community organisations at less than best consideration, without reference to the Minister.

In 2014 the Scottish Government introduced the Community Empowerment (Scotland) Act 2015.  This act strengthens the legislation that has gone before.  It reflects the policy principles, community empowerment and improving outcomes and provides a framework which will:

The Act was passed in June 2015 and given Royal Assent on 24th July 2015.  Part 5: Asset Transfer was implemented on 23rd January 2015.  Detailed guidance notes for community groups can be download below.

A flowchart to guide you through the asset transfer process from relevant authority to community body under the Community Empowerment (Scotland) Act 2015.

The Community Empowerment Action Plan, jointly developed by the Scottish Government, COSLA and colleagues in the third sector, encourages people in both rural and urban areas to participate in the running of their neighbourhoods. The action plan provides clarity on what community empowerment is, why it is important and how communities can get involved.