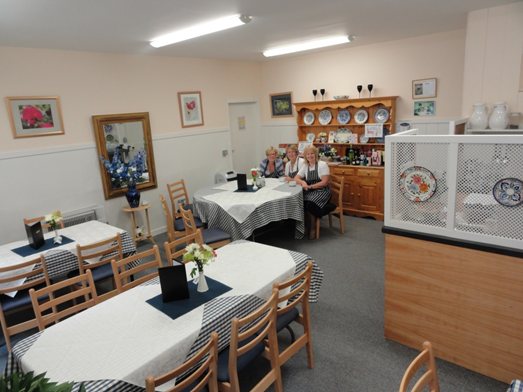 Aberfeldy is a town with a strong identity and at its heart is the local town hall. Built in 1889, the town hall consists of a large hall with a stage and balcony, a lesser hall with a kitchen adjoining, three committee rooms, two rentable flats and is found in spacious grounds with parking.

The Town Hall is part of the Common Good of Aberfeldy and was managed on behalf of Perth and Kinross Council by Perth and Kinross Leisure for the promotion of physical activities and healthy living.  Though, in 2010 after many years of service to the local community the future of the town hall came under threat.

Following a large investment by Perth and Kinross Council in the new Breadalbane Community Campus it was the council’s intention to close the Town Hall in March 2011. The council believed that running the new campus alongside the town hall was unsustainable as they would both be providing the same facilities for community groups.

The local community did not agree. In addition to not wishing to see the closure of a much loved local facility, local campaigners felt that the town hall could run as a complimentary venue as they believed that the opening times and cost at the campus may not necessarily be suitable for all community groups.

It was decided following a number of consultation events that Aberfeldy Town Hall Steering Group (ATHSG) should be formed to explore the options of developing a sustainable business plan to bring this VITAL community facility into community management and potentially ownership.

ATHSG undertook a great deal of work to progress the transfer including commissioning a survey of the building, extensive community consultation and even operated a community café on a pilot basis to assess and develop the feasibility of the business model.

The group worked closely with Perth and Kinross Council who were incredibly supportive of the process. The council agreed, subject to the development of a robust business plan, that they would consider transferring the building into community ownership. They even invested £100,000 in refurbishment in anticipation of the building being taken over by a community group. In addition, ATHSG received invaluable advice and help from the PAT pilot programme (forerunner to COSS) in gaining the technical advice to complete this complex process.

Following a positive start to the process, problems began to emerge. As the work progressed it became clear that the timescales agreed between ATHSG and the Council were too tight for the preparation of a robust business plan. The problems surrounded the delays in information expected from a survey of community facilities being undertaken by another organisation. There was also the uncertainty surrounding the impact that the new Breadalbane Community Campus would have in the community.

Not deterred by these delays, ATHSH showed its flexibility in proposing to the Council that they take out an annual lease on the building. The council agreed granting ATHSG, a two year Licence to Operate.

This option was ideal in that it gave the community the much needed time to further develop their business model and plan, at the same time it gave them the experience of running the Town Hall and developing the business.

After much discussion, it was agreed that the Locus Breadalbane Centre another community organisation would be best placed to own and run the town hall on behalf of the community as they already had experience of running another local community asset.

Since formally taking over the lease in 2012, Aberfeldy Town Hall has continued to grow and develop. The facility has been used for a wide variety of different activities including fitness classes, choir practices, children’s parties and ceilidhs.

The experience of this two year licence to operate proved invaluable to the community. It allowed them to illustrate that they could successfully run a community facility, but most importantly gave them the time to prepare a robust business plan to ensure they could purchase the building.

A funding package of £75,000 was secured and the Town Hall was purchased from Perth and Kinross Council and the handover took place in May 2014.  An ambitious and exciting plan is now in place to raise £1.5 million to further upgrade the building to ensure that it is fit for purpose and for the future.

Under community control, Aberfeldy Town Hall continues to thrive and will continue to be at the heart of the community as it has been since 1889.