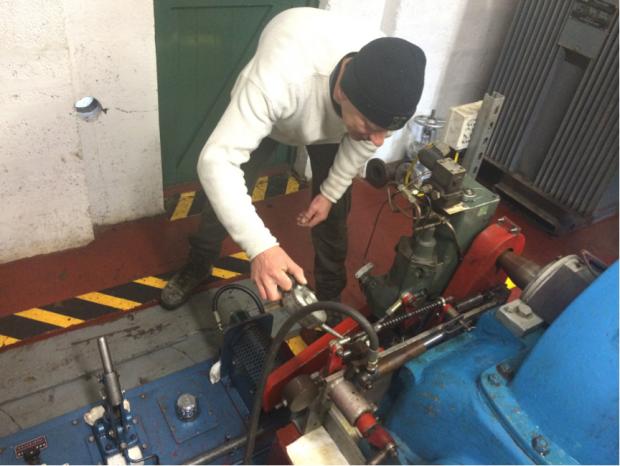 Found sandwiched between the idyllic Loch Nevis and Hourn, Knoydart is often referred to as “Britain’s last wilderness.” Only accessible by boat or by a 16 mile walk through rough country, the seven miles of tarred road leading into the peninsula is not connected to the UK road network. The only settlement in the area is the village of Inverie with a population of just 100 people. It contains a primary school, self catering accommodation and Britain’s most remote pub. It is a popular destination with hill walkers.

With the village of Inverie taking up such a small proportion of the area, the majority of the peninsula is made of the Knoydart Estate. The estate is made up of over 17,000 acres of land and consists of several residential properties and a hydro electricity grid to generate power.

Despite these rich resources, the estate fell into disrepair. For several decades, it was run by uncaring landowners who were uninterested in the community and only saw the estate as a symbol of their wealth.

It had long been the dream of the residents of Knoydart to take ownership of the estate. Attempts to take it over can be traced all the way back to the 1940s. Though, that dream started to become a reality in 1997 when the local community formed the Knoydart Foundation with the intention of raising funds to take over the now bankrupt estate.

After a carefully coordinated fundraising campaign which gained widespread media attention across the UK, the Foundation raised the £850,000 necessary to purchase the run-down estate.

The community was delighted that their tenacity had finally paid off, though the hard work really began when they formally took ownership of the land.

With the estate allowed to deteriorate through the preceding years, some of the buildings were in atrocious condition. Before the purchase, electricity was provided by an hydro-electric scheme so in need of maintenance that few dared to run computers, freezers or even a cash register through.

In many ways, while The Foundation had purchased a significant piece of land, in the early stages with the number of problems associated with it, many people in the community realised that they had bought a liability rather than an asset.

With so many issues to resolve, The Foundation made the important realisation that they could not solve all these problems immediately and the best way to solve them would be prioritise. 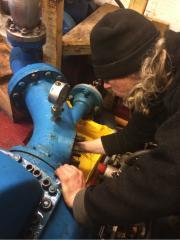 Thanks to funding from Highland and Islands Enterprise and the Big Lottery the community slowly started to deal with each of these problems individually.

In 2001, The Foundation began by tackling the problem of the failing and outdated hydro-electricity scheme. Once this was solved and the estate had an efficient and reliable power supply they moved on to the next task of refurbishing the deteriorating residential properties.

From 2005, The Foundation moved on to its next ambitious project of developing a bunkhouse – investing each year to ensure that it is for useable and setting up an independent maintenance company as a CIC.

Over the course of the last decade, the Knoydart Foundation has evolved into a highly successful organisation.  The Foundation’s membership is drawn from the local community and its Board of Directors includes five elected residents as well as appointed Directors from Highland Council, the Chris Brasher Trust, the Kilchoan Estate and the John Muir Trust.

It currently owns 10 residential houses, leases out various buildings to the local community and runs two trading subsidiaries, one responsible for the hydro-electric project and the other for managing the bunkhouse.

This process has been far from easy. Indeed, the decision to create two trading subsidiaries was not done to prepare for managing profit, but to protect The Foundation from potential losses.  The Foundation has persevered and its success can be attributed to its ability to prioritise its projects and not over-stretch its capacity. As each project has been completed, they have re-grouped and set about taking the steps necessary to successfully complete the next project.

Knoydart Foundation is now so successful that it is the enviable position of being completely self-financing. While The Foundation applies to funders for capital projects, they do not require any outside funding or grants for its day to day operations.

The example of Knoydart Foundation shows how a development trust can completely transform a community and its way of life. Just over a decade ago, the population of Knoydart was declining rapidly with people leaving the area unable to bear living under an uncaring landowner. However, now the situation is completely reversed with population in the area starting to increase with new opportunities and money pouring into the peninsula.

Through its work, The Foundation has been responsible for bringing money and investment into the area. It has even provided support money to support two young women in setting up their own pottery and tearoom business by the loch.

After achieving so much, The Foundation has not lost its hunger for further developments. With plans for the refurbishment of two further houses, the development of a new bunkhouse and ambitions to provide further training and education the future is bright on this small peninsula on the west coast of Scotland.